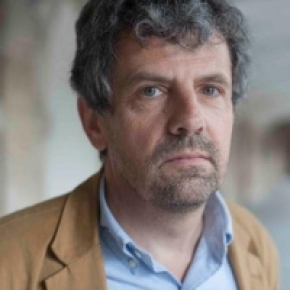 This project is focused on the use of the seismic ambient noise to monitor slight changes of properties in the solid Earth. Processing of noise records allow s to mimic a situation in which a perfectly repeatable source is activated at the location of a passive recorder.

The implication is the detection of changes of strain at depth with applications in different contexts. A major field of application is the monitoring of potentially dangerous structures like volcanoes or active fault zones prone to damaging earthquakes.

The project includes new methodological developments and field experiments. Applications in regions where changes are induced by human activity are important both for the quantitative refinement of the method and for the important economic and social implications of these problems.

Despite the dramatic impact of earthquakes, the physics of their onset and the short-term behavior of fault are still poorly understood. Using existing high quality seismic observations, we propose to develop a novel functional imaging of the brittle crust to clarify not only structural properties but also the dynamics of faults. We will analyze spatio-temporal changes of elastic properties around fault zones to highlight the interplay between changes in the host rocks and fault slip. Imaging the damage structure around faults and its evolution requires new seismological methods.

With novel methods to image the highly heterogeneous fault regions, we will provide multi-scale descriptions of fault zones, including their laterally variable thicknesses and depth dependence. In parallel we will image temporal changes of seismic velocities and scattering strength. External natural forcing terms (e.g. tides, seasonal hydrologic loadings) will be modeled to isolate the signals of tectonic origin.  This will also allow us to monitor the evolving seismic susceptibility, i.e. a measure of the proximity to a critical state of failure. Improved earthquake detection techniques using ‘deep machine learning’ methods will facilitates tracking the evolution of rock damage.

The imaging and monitoring will provide time-lapse images of elastic moduli, susceptibility and seismicity. The observed short-time changes of the materials will be included in slip initiation models coupling the weakening of both the friction and the damaged host rocks. Laboratory experiments will shed light on the transition of behavior from granular (shallow fault core) to cohesive (distant host rock) materials.

Our initial data cover two well-studied fault regions of high earthquake probability (Southern California and the Marmara region, Turkey) and an area of induced seismicity. The derived results and new versatile imaging and monitoring techniques can have fundamental social and economic impacts.